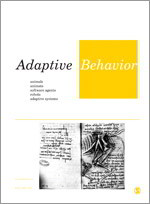 A major challenge in the development of computational models of collective behavior is the empirical validation. Experimental data from a spatially explicit dynamic commons dilemma experiment is used to empirically ground an agent-based model. Three distinct patterns are identified in the data. Two naïve models, random walk and greedy agents, do not produce data that match the patterns. A more comprehensive model is presented that explains how participants make movement and harvest decisions. Using pattern-oriented modeling the parameter space is explored to identify the parameter combinations that meet the three identified patterns. Less than 0.1% of the parameter combinations meet all the patterns. These parameter settings were used to successfully predict the patterns of a new set of experiments. 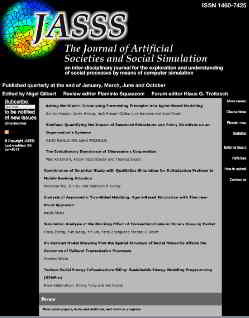 A replication and analysis of the Artificial Anasazi model is presented. It is shown that the success of replicating historical data is based on two parameters that adjust the carrying capacity of the Long House Valley. Compared to population estimates equal to the carrying capacity the specific agent behavior contributes only a modest improvement of the model to fit the archaeological records. 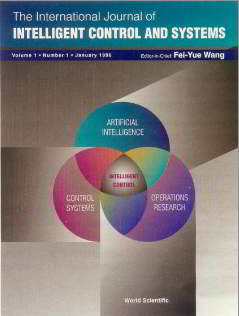 With the Internet has come the phenomenon of people volunteering to work on digital public goods such as open source software and online encyclopedia articles. Presumably, the success of individual public goods has an effect on attracting volunteers. However, the definition of success is ill-defined. This paper explores the impact of different success metrics on a simple public goods model. The findings show that the different success metrics considered do have an impact on the behavior of the model, with the largest differences being between consumeroriented and producer-oriented metrics. This indicates that many proposed success metrics may be mapped into one of these two categories and within a category, all success metrics measure the same phenomenon.We argue that the characteristics of produceroriented metrics more closely match real world phenomena, indicating that public goods are driven by producer, and not consumer, interests.

Research impact within the international arid literature: an Australian perspective based on network-theory

While research-article impact is routinely judged by citation counts, there is recognition that a much broader view is needed to better judge the true value of citations. This paper applies a developing framework based on the application of network theory, where the network consists of journal articles on arid-systems research which are listed on ISI Web-of-Science. Keywords were used to identify articles related to arid-systems research. Linkages between articles were defined by citations, and we bound our analysis by focusing on how the Australian subsample contributes to the international arid-systems literature. The analysis showed that impact based on how articles contribute structurally to the flow of knowledge within the literature offers an alternative metric to citation counts. The analysis also presented a partitioned view of the Australian arid literature. This showed that there exists some citation-based structure within the literature, and we showed this structure better describes the literature than a partition based on which journal articles are published in.

How do groups of social agents organize themselves to cope with stress and disturbances? We address this question by looking at ant colonies. We review the suites of traits that allow ant species to adapt to different disturbance and stress regimes, and changes in these regimes. Low temperatures and low nest site and food resource availability are important stresses that affect ant abundance and distribution. Large-scale habitat disturbances, such as fire, grazing and mining, and small-scale disturbances that more directly affect individual colonies, such as predation, parasitism and disease, also affect ant abundance and distribution. We use functional groups to study the social and individual traits underlying different responses to temperature stress, large-scale habitat disturbance and competition from other ants. Specific individual and colony traits, such as colony size, queen number and worker specialization, seem to underlie adaptation to various stress and disturbance regimes. 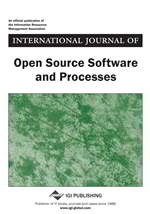 The last few years have seen a rapid increase in the number of Free/Libre Open Source Software (FLOSS) projects. Some of these projects, such as Linux and the Apache web server, have become phenomenally successful. However, for every successful FLOSS project there are dozens of FLOSS projects which never succeed. These projects fail to attract developers and/or consumers and, as a result, never get off the ground. The aim of this research is to better understand why some FLOSS projects flourish while others wither and die. This article presents a simple agent-based model that is calibrated on key patterns of data from SourceForge, the largest online site hosting open source projects. The calibrated model provides insight into the conditions necessary for FLOSS success and might be used for scenario analysis of future developments of FLOSS.

Ethnohistory, genetics and simulation are used to propose a new ‘budding model’ to describe the historical processes by which complex irrigation communities may come into existence. We review two alternative theories, Wittfogel’s top-down state-formation theory and common-pool resource management, and suggest that a budding model would better account for existing archaeological and ethnographic descriptions of a well-studied network of irrigation communities on the island of Bali. The budding model is supported by inscriptions and ethnohistorical documents describing irrigation works in and around the drainage of the Petanu River, an area with some of the oldest evidence for wet-rice agriculture in Bali. Genetic analysis of Y-STR and mtDNA shows correlated demographic histories and decreased diversity in daughter villages, consistent with the budding model. Simulation results show that the network of irrigation communities can effectively adjust to repeated budding events that could potentially shock the system outside the parameter space where good harvests can be maintained. Based on this evidence we argue that the budding model is a robust explanation of the historical processes that led to the emergence and operation of Petanu irrigation communities.