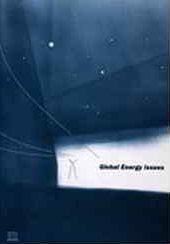 The feasibility of an effective international response to anticipated climate change is dependent on the recognition of the present and historical inequities between developing and industrialized countries. Developing countries should be enabled and supported to continue their development towards higher standards of living in a fashion that is consistent with the sustainability of the global biosphere. This paper evaluates long-term climate strategies by which the burden of mitigating climate change by controlling CO2 emissions is shared equitably. Here we use as a possible criterion of equity, that every human being, past or future, is allowed to emit the same carbon quotum on an annual basis, which, as a theoretical concept, could provide for intergenerational and international equity throughout the world. In order to do this we first define the global carbon budget as the cumulated CO2 emissions over the period 1800 till 2100, from 1990 described by an emission scenario. This budget determines the permitted CO2 emissions per capita using past and future population estimates. Next, we introduce the concept of ’emission debt’, defined by the difference between the cumulated allowed CO2 emissions, based on the permitted emission quota per capita, and the actual historical CO2 emissions. Finally the remaining carbon budget, described as the global carbon budget (1800-2100) minus the actual cumulated CO2 emissions (1800-1990) is allocated to the different world regions, taking into account the regional past CO2 emissions. This gives the future emission quota per capita. The results show that past industrialisation has coincided with a large relative contribution of the rich regions to the rise in CO2 concentration, an estimated 40 per cent for the European Community and North America, which have built up an emission debt of 36 GtC and 75 GtC, respectively, using recent World Bank projections of population growth. The developing countries, however, have built up an emission credit of 24 GtC. These regional emisson debts and credits increase the future per capita budget for the developing regions till 0.2-0.8 ton C/cap yearly, whereas North America and the EC end up with a negative future carbon budget of 0.4 to 1.5 ton C/cap yearly. Even if the IPCC Business-as-Usual scenario is considered as reference, the future emission quota of most industrialized countries are lower than their present per capita emissions, i.e, North America has a negative future carbon budget of 0.3 tC/cap yearly.