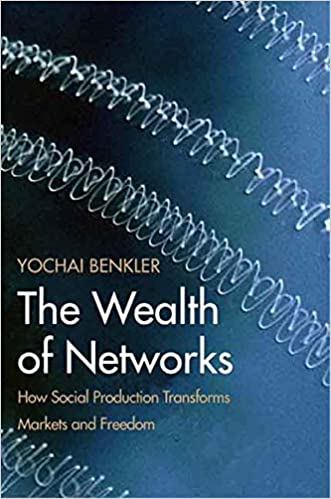 Yochai Benkler wrote the wonderful book “The Wealth of Networks” which discusses various consequences of the increasing use of internet and other digital processes in economic development, creative production and politics. In the past mass media was controlled by a few people who could control the signal. Now everybody can express their opinions and contribute to cultural production. This leads obviously to conflicts in how to organize this, especially in the protection of copyrights and intellectual property.

The fact that many voices can be heard does not mean that every voice is heard. Search machines filter the internet, and we see the phenomena that a few blogs (not this one :-)), websites or youtube videos (e.g. Susan Boyle) become very popular, while most are not consumed. This leads me to wonder how this affect opinion formation and politics. Is the polarization and populism in politics in different regions in the world affected by this digital involvement? Those who are talented in creating effective sound bites instead of content (e.g. Geert Wilders in the Netherlands) might get more attention, but those with a more nuanced story are clicked away. Due to the reinforcing effects of networks is web based politics really contributing to a sustained democratic system? What the book of Benkler shows is that the internet revolutions provide many opportunities to study institutional diversity in progress.